Invention invokes the idea of technology and creation. Detroit Invention House inspires kids to express their creativity through technology.

With your programs, young people are able to show off what they made. Are all you programs created that way?

The idea of Detroit Invention House is to get kids excited about technology. Whether you are talking about regular academic curricula or things that kids can do outside of the school like DAPCEP. A lot of that is lecture-driven and rote memorization. Learning now so that you can do the fun stuff later. I want to turn that around and say, “let’s do all the fun stuff and draw you in so that you love this and think about it all the time.” Then kids will start to think of how to tailor their education to achieve those goals. Think back to geometry class and you think “why do I care about a sine wave – it has not relevance to my life, nor will it ever.” When you get into electricity, a battery is direct current and most electronics are alternating current. You need to apply the sine wave to get the direct current to become alternating. Though we didn’t get too deep into it in Clutch Chucks (workshop) it was an introduction to electrical circuits, voltage, amperage, wattage, as well as alternating and direct currents. 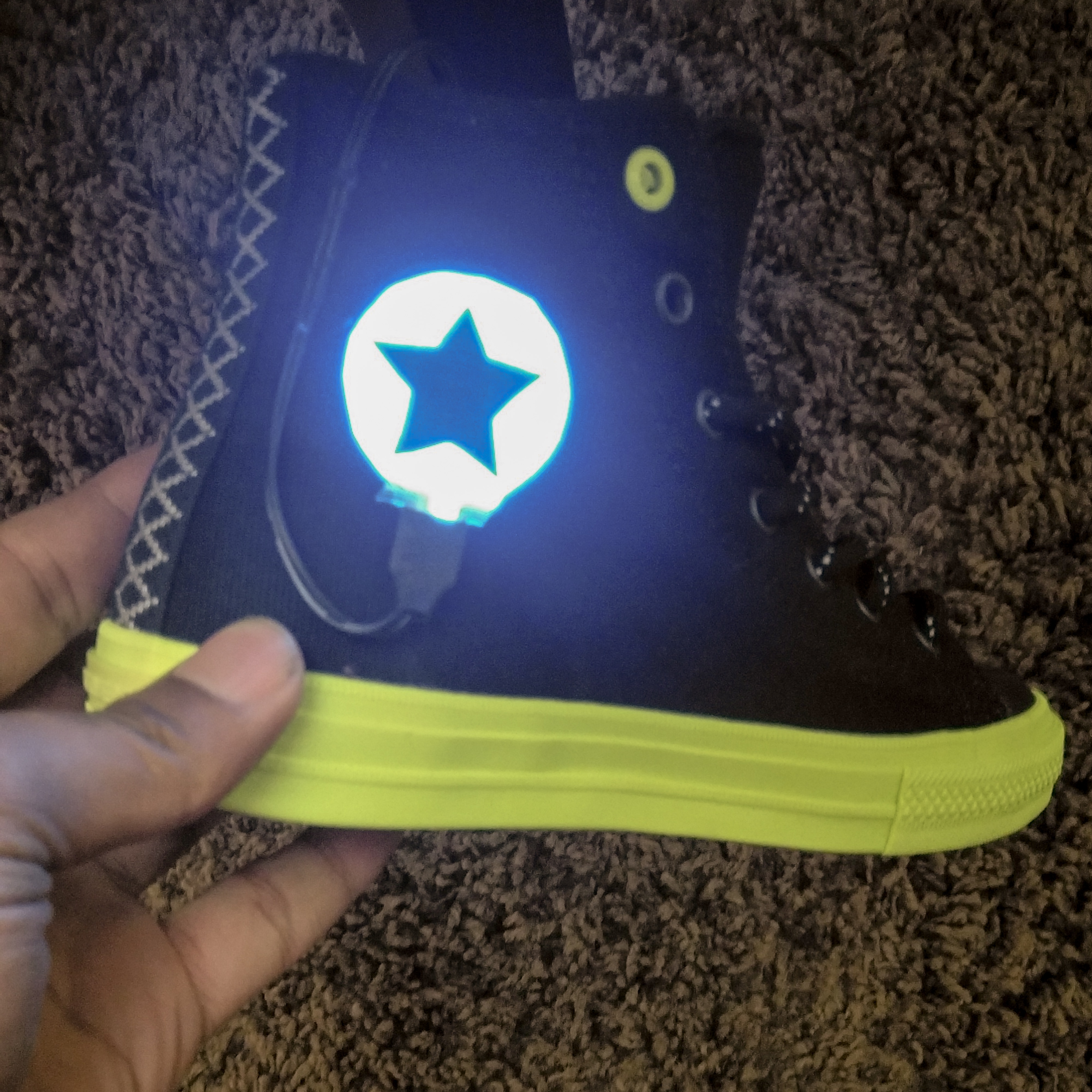 How many workshops have you done before Clutch Chucks?

I hadn’t done a workshop where I rented space and advertised. The genesis of DIH is that I’m a dad and I wanted to do these projects with my own sons. So we were. Talking about it with family and friends, they would bring their kids over too. I called them and told them what we’d be doing and to bring kids. At a given time, we’d have ten kids in my home. Clutch Chucks was my first workshop but I have done homegrown activities prior to that. My oldest will be fourteen and my youngest, seven. My oldest Robert, has been doing this for ten years now and my seven year old, Christian loves it. They get the benefit of me driving them crazy all the time.

Entrepreneurs that have children usually pull their children into the work. How are your children involved in the workshops?

Christian, is the lab rat, the test subject. He’s a good analog to what I’m going to experience in the workshop. Robert, having done this for nearly the past decade is an aid to me in the workshops. He has ideas that he pursues without me and that’s fine, I encourage that. I want all the students to go home and think about something that they can do and do it, instead of dreaming about it.

How did you go from homegrown activities to a business?

My entire professional and personal business experience has been a do-it-yourself type of attitude, I never really asked for help. I was at the point with what I was doing at home that I wanted to get out there and do this full time. I want to open that access to students in the area and even make it a larger business. We can go as far as Ann Arbor, Pontiac, Flint. I reached out for help and its been working out great. The more people I talk to the more opportunities that I discover and resources that I uncover. It’s just getting better. The decision was recognizing that I needed help and being mature enough to ask for it. It was just that simple

Do you consider yourself an “entrepreneur”?

This is not my first business. My oldest was born when I graduated from high school. I graduated when I was 16, turned 17 a month later and Robert was born a month after. I was working crazy hours and heard about opportunity to provide closing services to title companies. As soon as I turned 18, I became a notary. It afforded me an opportunity to buy my own home. That was my full time business until 2008 when the mortgage industry crashed and there were no mortgages to do. I had to switch gear really quick and I’ve been working for people since then. This is an official business now. Everyone at some point wished to work for themselves and have an idea that they think is great but very few of us take that leap. You can have great ideas all day but without bringing sales in the door, there is not point.
Back To All Profiles