A Host of People

What is A Host of People?

Fundamentally, we are a theater company. We call ourselves A Host of People because we believe in hosting people as opposed to performing for them. We ask people to come to our work in a way that’s really about bringing people into our home (sometimes literally like our current show which is performed in our house). We both greet everyone that comes into the space and try to make them feel at ease. Then we perform something that might be challenging for them. We perform exclusively original work, always collaborative and non-hierarchical in nature. Every show ends with a party and an invitation to hang out with the cast and company and everybody who came! 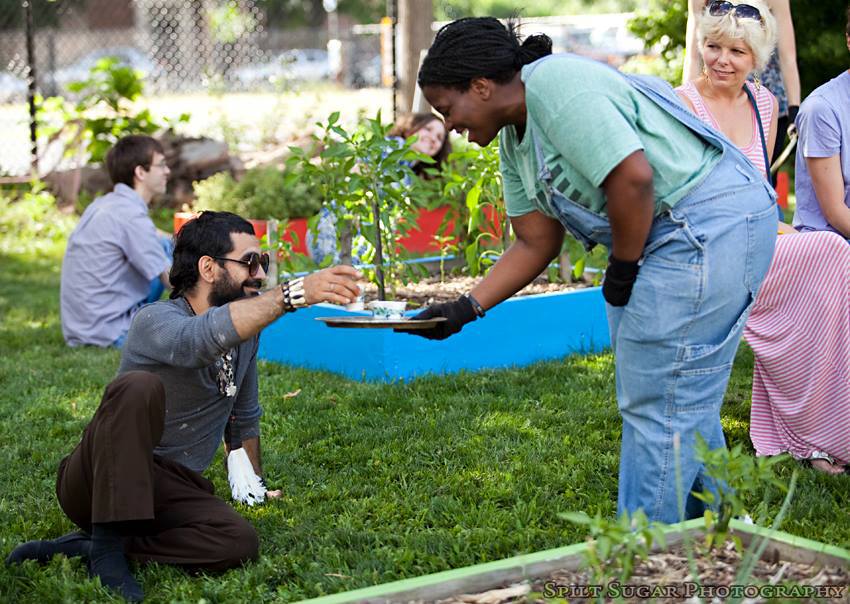 It was great. We both really enjoyed it. We took the Build class because we were interested in pursuing an alternative revenue stream. Build helped us realize that that wasn’t exactly where we needed to be spending our efforts right now. So we redirected the skills that we gained in the Build classes into the company itself rather than an alternative stream of funds. It helped us think about organization and strategy around the company, which ended up being really useful.

“It helped us think about organization and strategy around the company, which ended up being really useful.”

A Host of People’s latest production of the The Modern Woman was a huge success selling out 6 out of the 9 performances!   We accessed new audiences including some neighbors from the Hubbard Farms/Richard community.  You can read a great overview of the performance here.

Coming up, we have a show that we are presenting over the summer called The Harrowing, focused on responses to different community gardens around Detroit. The show is funded by a Knight Arts grant and as MEDC matched Patronicity campaign.

What is your long-term vision?

We’d like to have an ensemble that we can employ and pay year-round, putting on one or two large shows a year as well as a couple of smaller projects. We’d like to focus on more community engagement projects around our shows as well. We hope to keep building not just an audience but also relationships. Ultimately our goal is to build a community around art practice and the company.