What is Alegria Pops?

Alegria Pops are “Paletas” or traditional Mexican ice pops. They are found on every street corner in Latin America and are traditionally made with local fruits and flavors. All of my pops are made from scratch, mostly using whole fruits and typical Mexican ingredients. I like to experiment with uncommon flavor combinations like sour cherry and tamarind or avocado and lemon buttermilk.  My background is in marketing and PR, but I’ve always loved cooking and making Paletas was a way to work with something that could be both familiar and new. Ice pops are such common ground for so many of us , but unless you’re Latino or are familiar with Latino culture and food, there’s a good chance you’ve never had a Paleta.

Build helped me gain confidence in putting together my business plan. I’ve also found many networking opportunities through Build, both in class and after graduating, that have been especially helpful. Since graduating, I’ve collaborated with numerous other Build alumni, whether it was finding people to help create my marketing materials, coming together with others to cross-promote our businesses, or just connecting with other growing entrepreneurs who are, like me, learning the process of building a business from the ground up. 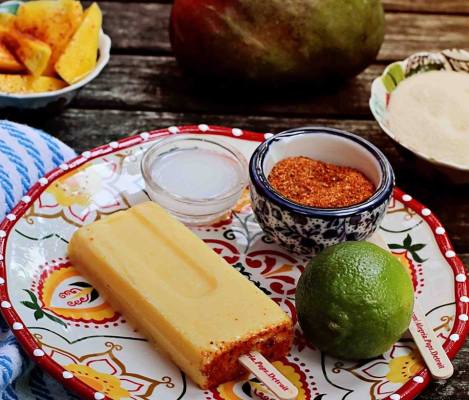 “Build helped me gain confidence in putting together my business plan. I’ve also found many networking opportunities through Build, both in class and after graduating, that have been especially helpful.”

This year, it’s all about the pop ups. I’ll be part of the Build Bazaar at Concert of Colors on July 12-13th. I’m doing various events with Yum Village, and I’m also doing custom orders for private parties and weddings.

I’m also very excited to have joined Detroit Cooks. It’s a collective made up of five women-owned food businesses that share a commercial kitchen at Hannan House in midtown. The space is more than just a commissary kitchen; it has a facility that can be used to serve to the public. And almost all of the businesses are operated by BUILD grads.

What’s in the future for Alegria Pops?

I would love to eventually have a brick-and-mortar space, preferably in Southwest Detroit or Corktown. I was born and raised in SW Detroit, and this type of business has its roots there, but I also want to introduce Paletas to customers who aren’t as familiar with them. My ultimate goal, aside from growing a successful business, is to make the word “Paleta” a familiar word around here. I want Detroiters to go to other cities and say, “What, you’ve never had a Paleta? You gotta come to Detroit.”