Starlett Simmons: We are a gourmet dessert company! We do gourmet cakes and pastries from scratch with locally sourced ingredients and no preservatives. Starlett has a love of baking and has been baking from scratch from a young age. She has a strong presence and following at local farmer’s markets. I have been selling everywhere, out here grinding! My actual goal was to have my own brick and mortar. It’s been a lot of hard work, and definitely has not been easy especially selling at Eastern Market. There were some days where I wanted to quit but I knew I couldn’t. Five Star Cake’s goal is to provide the highest quality desserts to their customers.

How did you become an entrepreneur?

SS: I started in 2009 selling cakes to my employees, and coworkers, and then I decided to branch out on my own in 2012, I left my job at a university and I started taking culinary classes. I had already been a self taught baker, but I started taking some pastry art classes just to perfect my craft because I am very intrigued by the chemistry of baking. In 2013 I incorporated and got with Detroit Kitchen Connect, and I have used their commercial kitchen all the way up until now. Now I am opening my own brick and mortar.

“Build helped me figure out how to get past that breaking even point… to keep moving forward and develop that plan of action.” 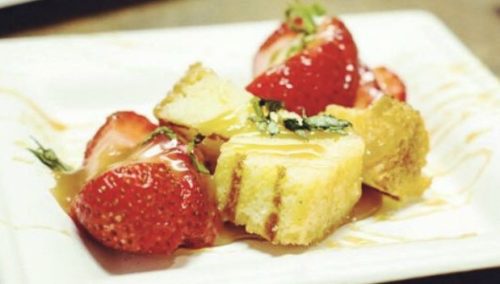 What was your experience with Build?

SS: My business was already established when I came to Build. Build helped me figure out how to get past that breaking even point, they helped me to keep moving forward and develop that plan of action. Not only that, the network I was around and now have access to. I appreciate Build. They still order cakes from me!

What’s next for Five Star Cakes?

SS: I’m just focusing on establishing my business at our new location, the border of East Pointe and Roseville, getting the neighborhood involved! I want the neighborhood to know I have fresh baked goods, no preservatives, Michigan made products and locally sourced ingredients. We will still be at Eastern Market! And I want everyone to know when we are up and running I will be offering classes for people who want to learn to bake from scratch! Starlett hopes to take Five Star Cakes nationwide and have a cooking show!