It Takes a Village: A case study of collaborative entrepreneurship in Detroit

Home | News / Blog | It Takes a Village: A case study of collaborative entrepreneurship in Detroit 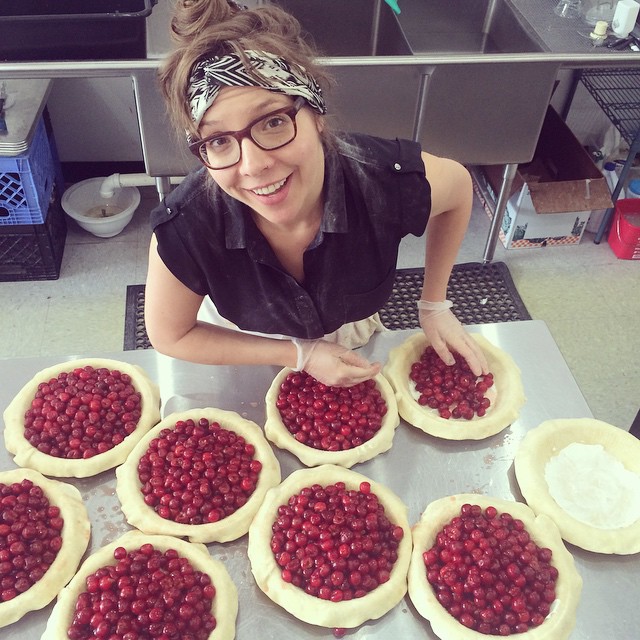 On the eastside of Detroit, minutes past the buzz of the city’s freshly developing urban sprawl, sits the quaint neighborhood of West Village.

The streets are quieter – the loudest sounds those of saws grinding from renovation sites screeching, “The revitalization is here. It has taken root.”

In the last few years, new storefronts have popped up in the neighborhood with increasing frequency among the community gardens and turn-of-the-century homes.

With a handful of established shops in the neighborhood, doors all ready open, and several more set to open this year and next, it would seem that owning a small business in Detroit would be easy as pie.

Lisa Ludwinski, owner of the village’s Sister Pie bakery, tells me the journey from ideas to concrete and metal walls is anything but easy.

Three years after her decision to go it alone, Ludwinski has utilized everything from fundraising campaigns to community classes, loans and a 24-hour dance marathon to get her brick and mortar on the corner of Parker and Kercheval.

She said it was organizations like the Build Institute, a local non-profit dedicated to helping people turn their entrepreneurial ideas into reality, that made it possible. 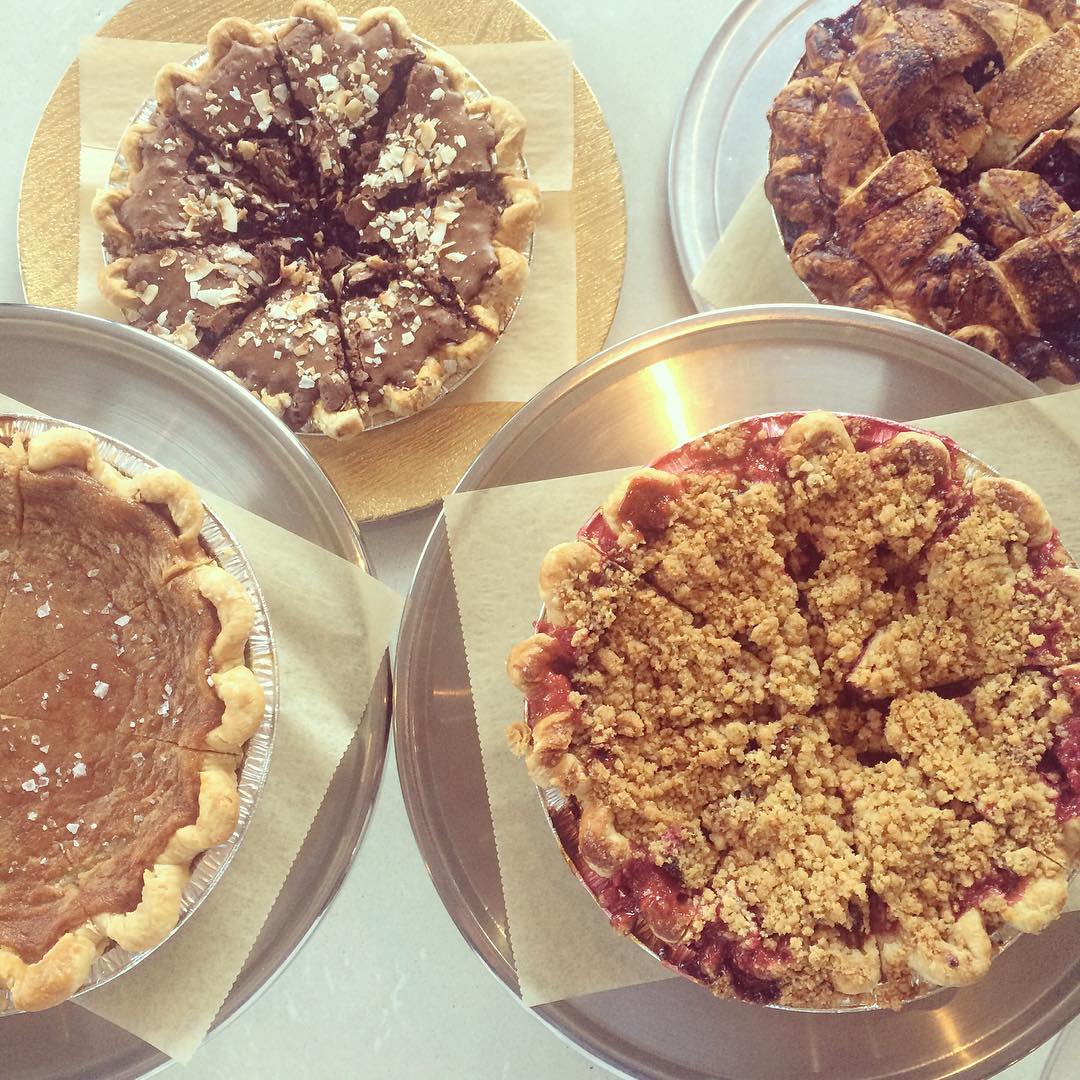 Pulling up to Sister Pie, I could see the kitchen, which opened on April 24th of this year, was busy finishing up the workday. Customers walked past me with smiles, intoxicating smells drifting from their to-go containers.

Ludwinski, who was sitting at a large wooden table by the front window ordering checks on her laptop, her brown hair tied up and what looked to be remnants of flour on her shirt, seemed a perfect balance of flustered and excited, eager and tired.

In the final hour ‘til close, the shop was so brimming with customers that we decided to sit in the plastic lawn chairs out front for our chat. Ludwinski mentioned that she had not yet been able to sit in those chairs – from lack of time, no doubt.

After several internships, part-time jobs as a nanny or barista and years as a New Yorker (complete with self-produced YouTube cooking show “Funny Side up”), Ludwinski, fresh from an inspiring trip to San Francisco, decided to move home to open a bakery in 2012.

“There was something about San Francisco that made me think of Detroit more than New York ever did. It was just an energy, a certain type of people,” she said.

“There were all of these bread collectives and they were worker–owned or you would buy into them, and it was all toward this greater good. They would make sure that people had fair wages and that the food was up to a certain standard. I thought, ‘Okay, I want to do that in Detroit.’”

Ludwinski sent out emails, professional typeface and all, to friends and family announcing the business, set up an Instagram and preheated the ovens.

That Thanksgiving of 2012 she made 40 pies in her mother’s double-stacked ovens at their home in Milford.

“They were probably ten years old.  My mom will gladly – not gladly, maybe not so gladly – tell you that her ovens have never been the same since I used them,” Ludwinski said.

Ludwinski said those struggles in the beginning were some of the hardest because she didn’t know anyone else doing what she was.

She found out it wasn’t as difficult to break an oven as to break into the Detroit scene.

“I wasn’t breaking into it, necessarily, through social media,” she said. “I had to meet people, introduce myself and chat it up. You can only feed pie to your friends and family for so long. You need to take that risk of giving it to people that won’t just tell you they love it.”

People couldn’t simply hear about the pies. They needed to taste them, and Ludwinski needed help getting to their taste buds. 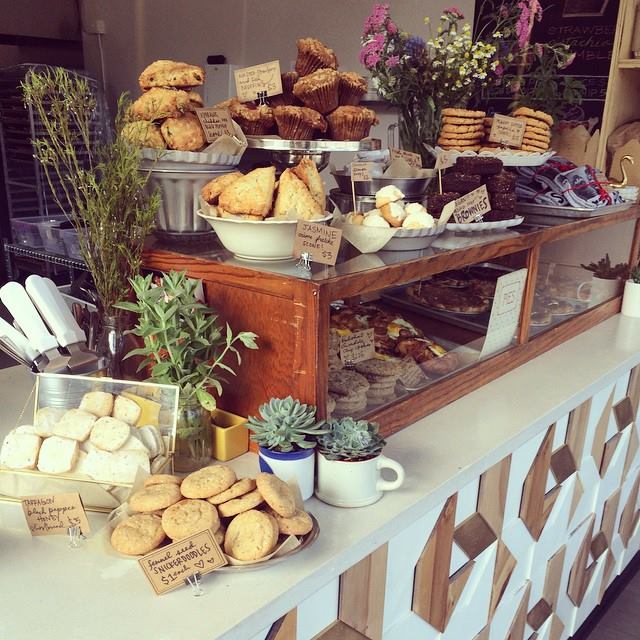 Ludwinski took Build’s 8-week business and project planning course in January of 2013. It was the first time she was able to connect to Detroit’s entrepreneurial community.

“The whole structure of the class was that we were working through a business plan, so it was the first time I was starting to ask myself questions about this future here,” she said.  “‘How much do I need to make in order to survive?’ ‘What kind of things am I going to have on my menu?’ ‘How many employees am I going to hire?’”

Ludwinski said that as far as the Build class goes, you reap what you sew.

“There is no ‘you have to do this.’ It’s beginner level. They don’t go to a lot of specifics because there are so many types of businesses. I think it’s a great place for people who have an idea to start and sort of flesh it out.”

The course brings in local experts to teach aspiring entrepreneurs the basics of starting a business – from licensing to market research – while providing them with the resources and tools they need to succeed in the community.

Because of its dedication to Detroit, Build makes it easy for anyone to attend the course or get involved with its mission.

The course, called Build Basics, is flexible, offering daytime, evening and weekend sessions, and classes are priced on a sliding scale based on annual household income and family size.

By the numbers, Build has graduated over 600 aspiring entrepreneurs from over 100 zip codes in the metro Detroit area. Seventy-one percent have been female and 85% have been low to moderate income, according to the U.S. Department of Housing and Labor.

“The reason why it takes a village to open a business in the city of Detroit is because the types of businesses that the city needs – mainstream life-style, place-making businesses – are not traditionally and easily funded because they’re high risk [for banks],” Boyle said.

More than ever in the city, entrepreneurs from all backgrounds are not alone when trying to fund their business plan. Build is only one organization in a large network that has taken a grassroots community approach to help business owners.

Through Build, Ludwinski heard about FoodLab, a local community of food entrepreneurs that, according to their website, is committed to making the possibility of good food in Detroit a sustainable reality.

FoodLab helped her with licensing her first commercial space and offered much of the hands-on technical advice she needed.

“It’s very community-operated with a focus on inspiring and giving the people tools to make a really good food business. There’s a lot of support there,” Ludwinski said.

Build and FoodLab helped Ludwinski get a foothold in the city and opened the door to a larger network of resources she eagerly utilized to secure her West Village storefront.

She did an Indiegogo fundraising campaign, competed in and won the 2014 Comerica Hatch Detroit contest, which landed her $50,000 she put toward the Sister Pie kitchen, and received a micro-loan from the Kiva organization, a non-profit that connects people through lending to alleviate poverty.

When it comes to opening a small business in Detroit, it is clear that the help and know-how trickle down, up and sideways through an equal-parts community – a village, if you will.

The village keeps growing with owners like Ludwinski giving back to the local economy with their business practices. She and her “right-hand woman,” Angie, go to Eastern Market every Saturday to buy seasonal, Michigan-sourced ingredients.

“Not everything we use is highly local or organic, but we try our darndest to make sure that when we can source locally, we do,” Ludwinski said. “We use all Michigan sugar. All of our produce comes from Michigan farms, other than things that don’t grow here. What’s great about that, is that we have these relationships with these farmers from around Michigan, and it is so rewarding.”

Sitting in front of her shop window talking about the last three years, it seems as though the struggles Ludwinski has faced pale in comparison to the help she has received in creating Sister Pie.

Her journey proves that once you have the right ingredients, it can still take a village to start a business.