Woodbridge Bikes and Coffee: The story of partnership through Build

Home | News / Blog | Woodbridge Bikes and Coffee: The story of partnership through Build


For many of our graduates, Build Institute is a place to toss around a business idea, find support in an entrepreneurial environment, and get connected to a network of doers that welcome collaboration. For some, Build becomes the place where they found exactly what they needed to launch their idea – a business partner.

Jonathon Colo and Benjamin Kehoe applied for the same Build Basics class in Spring 2015 with similar business concepts, but with no knowledge of one another. Neither of them went into the Build class with the sole intention of finding a partner, but knew it was a possibility when joining the Build community. 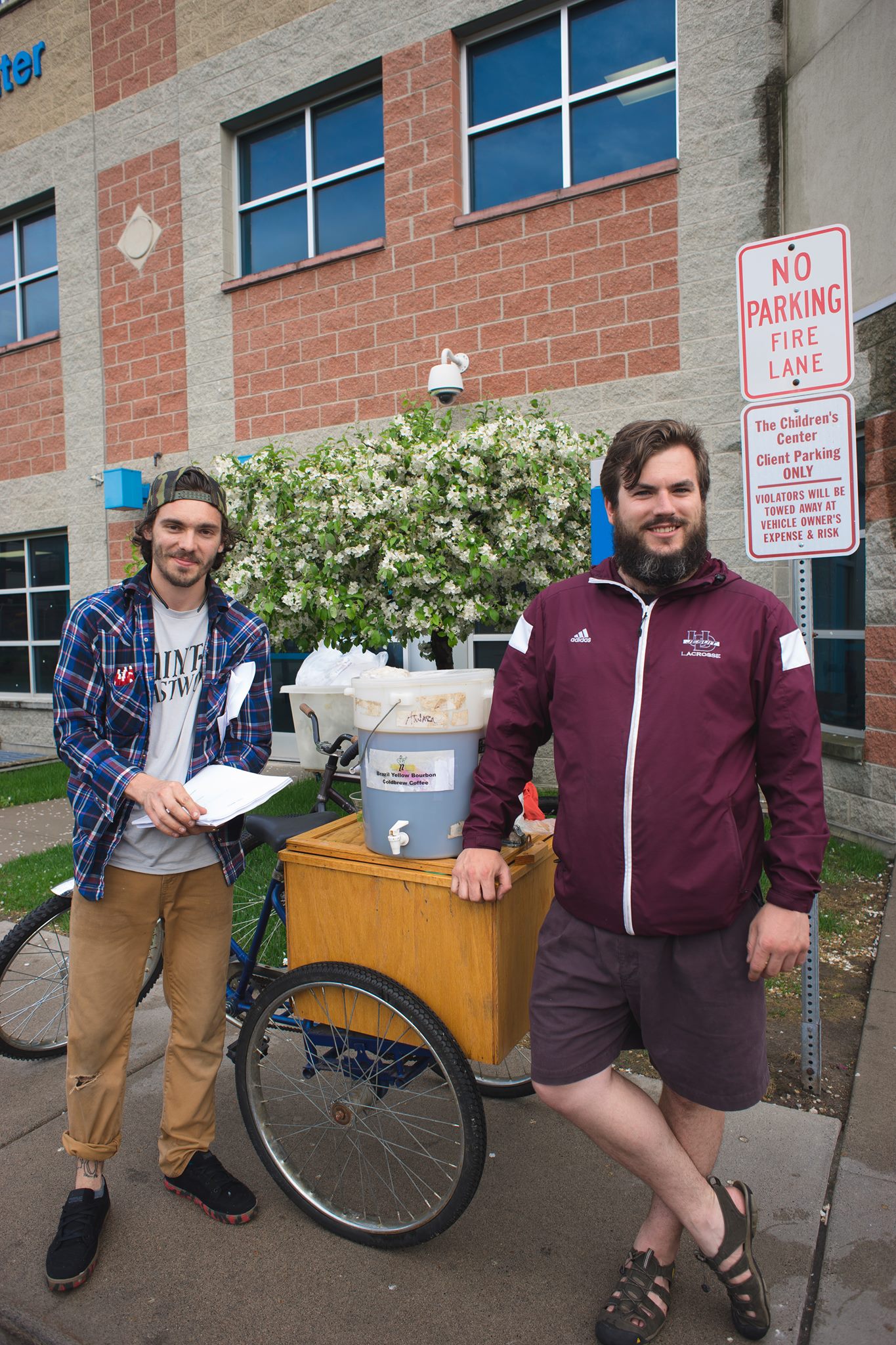 “I had thought about having a partner before Build but I wasn’t sure who or how to find one. I’d shared my ideas with a lot of people but nothing really came to fruition,” said Benjamin.

Benjamin grew up riding bicycles and working in a bike shop in metro Detroit. He went into the Build class for a bicycle and coffee shop concept, which came from exploring other cities in the Pacific Northwest and realizing there wasn’t that same shop density in Detroit.

Jonathon grew up with a family of small business owners from auto dealerships and real estate to pizza parlors and lunch spots. He went into the class with the idea of opening a cycling centric coffee shop called “The Little Café”, the name of his family’s restaurant on Gratiot from the 1930s into the late 1980s.

“There was nothing I loved more than talking with my father about The Little Cafe and all the relationships he was able to build with community members,” said Jonathon.

After meeting the first day of class, combining both Benjamin’s idea for a bicycle shop and connected coffee shop with Jonathon’s idea for a bicycle centric coffee shop into Woodbridge Bikes & Coffee was “business partner love at first site,” according to Benjamin. They grabbed a beer after class and talked about how they could make a partnership work. However, partnership is more than just finding someone with the same idea. How both Benjamin and Jonathon work independently and together was a huge factor in partnering. 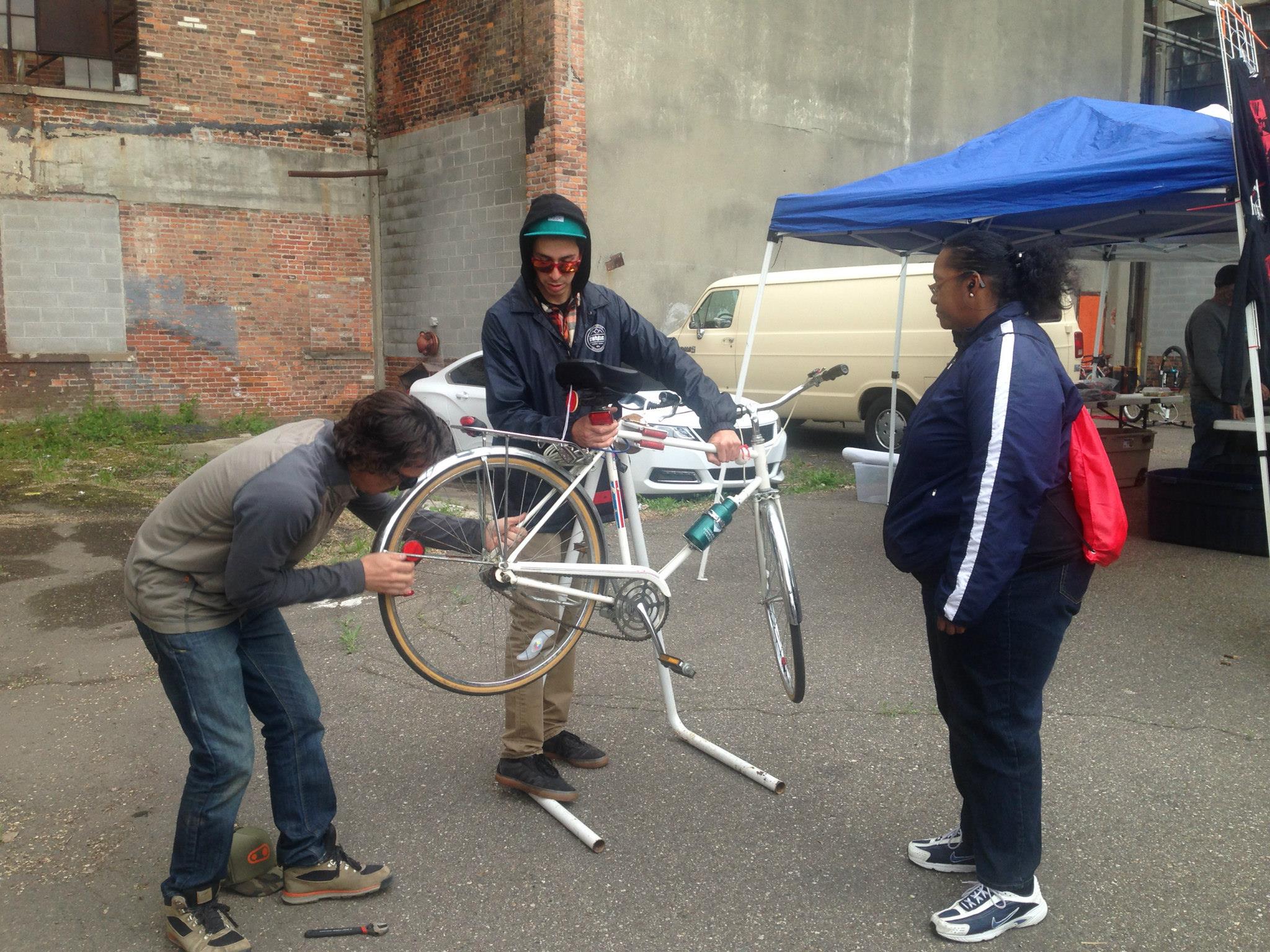 “We each live pretty organic lives but from different views and processes – I am more methodic, a writer, and typically thinking about the next 5 steps needed [to have] everything planned out. Ben is more of a brainstorming, creative, hands-on person that is ready to get things done as soon as possible. It is warming to know that we have such similar visions for what we want in Woodbridge Bikes & Coffee, but have completely different skill sets that allow us to get tasks done in an efficient and effective manor while learning from each other, too,” said Jonathon.

Working with a partner through the Build class can be very beneficial. Both business partners are able to have the same material and collaborative atmosphere but different experiences and ideas. Similarly the Build class can provide that space to make sure partners are on same page about what stage the business is at and what needs to be worked on. Jonathon had already been moving forward prior to the Build class in securing a location in Woodbridge for the business and was able to get Benjamin up to speed and in agreement about their goals.

“Our goal is to be the commuting cyclist shop in the city, supplying the town with all the best coffee to start the day with. We want it to be a welcoming spot to come, hang out, study and have business meetings…The project will be a huge lift to the community,” said Jonathon.

Their most recent developments and challenges revolve around funding and branding. They applied for Hatch Detroit and made top 25 out of 300, which was very exciting and reassuring for Benjamin. They have some private investor interest and are exploring different loans; however, they are still looking for more funding opportunities and recognize their sometimes limited capacity as they still both work full time jobs.

“Financing seems to be the toughest part of any project, but we will make it happen,” said Benjamin.

Not only did the Build class provide them with a collaborative, supportive environment to learn the basics of a business plan, but they had that opportunity to meet others with similar passions and goals that ultimately led to their partnership.

“[Build] is an encouraging network. We are able to see so many different examples of how a business opens, and of how what was wrong for someone else could be right for you. I encourage others who have great ideas to become small business owners – the water is warm and the resources in the city is plentiful,” said Jonathon.

They look forward to opening their Woodbridge Bikes & Coffee tentatively in Spring 2016, but for now continue to be assets to the community by providing weekly Bike in Movie Night at the Woodbridge Community Garden where they screen movies, brew coffee, and provide basic bike tune-ups. Check out their Facebook page to learn more.